There’s something happening almost every day at St. Peter’s. Whether you’re looking for a Bible study, a prayer group, a workshop, or just a friendly get together, we’ve got something for you.

Check out our Parish Calendar for upcoming events

Read our monthly newsletter, the Keynoter, for comprehensive coverage of what’s happening at St. Peter’s.

Learn About Our Story

Keep watch over yourselves and all the flock of which the Holy Spirit has made you overseers. Be shepherds of the church of God, which he bought with his own blood.
Acts 20:28

Father David Michaud has been Rector of St. Peter’s, Salisbury Parish since May of 2013 and is the only clergy person on staff. He graduated from the General Theological Seminary with a Master of Divinity Degree with Honors in May 2007, was ordained to the Diaconate on June 2, 2007 and ordained to the priesthood on December 21, 2007.

Father David is married to Kelli Michaud, who is a community health nurse.  They have two grown daughters who live in the Richmond area.

Rev. Adele is new to St. Peter’s and serves as part-time Assistant Rector. She received her Master of Divinity Degree in May of 2005 from Virginia Theological Seminary in Alexandria, VA. She was ordained to the diaconate on June 25, 2005 and to the priesthood on January 6, 2006. She has served parishes in North Carolina, Florida and New Jersey, most recently as Co-Rector of St. Peters, Mountain Lakes, NJ. In the Diocese of Newark.

Rev. Adele is married to The Rev. Charles Hatfield, Rector of All Hallows Episcopal Church in Snow Hill, MD where they reside in the Rectory. They share five adult children and eleven grandchildren who live in North Carolina, Florida and Maui, Hawaii.

Cathy joined the St. Peter’s staff in September of 2013. Originally from Harrington, DE, she and her husband, Wayne and two children, Sierra and Hunter have lived in Fruitland, MD since 2011. Cathy has 30+ years of secretarial/administrative assistant experience in the fields of banking, public utility, global manufacturing, long term care, the local public school system and religious non-profits. She prides herself with keeping up with the ever changing technology and business office practices. In her spare time she enjoys driving on Assateague beach in her Jeep, playing anything competitive, hanging out with her family, and University of Maryland sports.

My name is Megan Fenoglietto. As the Director of Grace Notes, the handbell choir at St Peter’s, my goal is to foster a love for music and grow the musical abilities of our ringers. I work to create an environment where we can “know and share the love of Christ” through our music. I prefer music that is a healthy mix of traditional church hymns and contemporary pieces at an appropriate musical level for our ringers. I had an early experience playing handbells as an after school class in middle school. I continued my involvement and passion in music through high school and college playing instruments such as the flute, piccolo, saxophone, and mellophone in marching and concert bands. I also served as the marching band drum major for two years in high school and two years in college. I joined St Peter’s handbell choir as a playing member in 2009 and became the director in 2016. Grace Notes has grown to be an integral part of St Peter’s music ministries and I am blessed to be a part of such an amazing group. 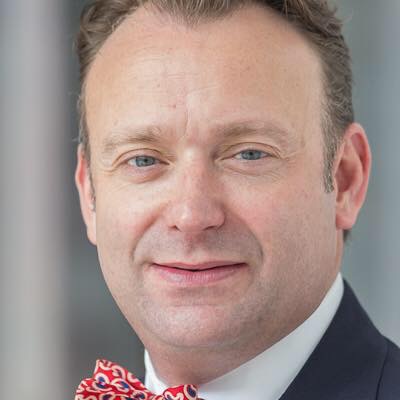 A native North Carolinian, Daniel Cherrix, has roots that run deep here on the Eastern Shore. Daniel’s father grew up in Snow Hill, and he has cousins still in the area.

Daniel received his undergraduate degree in Church Music from Erskine College in South Carolina, and his Masters of Sacred Music from Emory University in Atlanta. He has help posts in the Episcopal Church, United Methodist Church, and the American Baptist Church.

Daniel is thrilled to be the new music director here at St. Peter’s, and is looking forward to the many wonderful years of growth and excellence that lie ahead.

In the Diocese of Easton

St. Peter’s, Salisbury Parish is part of the Diocese of Easton, which encompasses all counties on Maryland’s Eastern Shore.  Click here to go to the Diocesan website and find out what’s happening in your Diocese.